Your rights include but are not limited to:

The Process News is a new quarterly newsletter by IUOE Locals 564 and 351. Check out the latest edition!  Read about the oil field slow down, union vs. non-union on Facebook, the USW Strike and more!

It is your right as an American worker to form a union.  The 1935 National Labor Relations Act (NLRA) is the federal law that guarantees you this right.  The NLRA was passed during a time when workers had little protection in the workplace. They could be fired without cause, had few safety precautions in place, had limited access to decent health care, and probably had no retirement to look forward to.

Following the passage of the NLRA, tens of millions of Americans chose to form labor unions at their workplaces.  By 1955, approximately 35% of all workers in the United States were union members.  These workers fought for and won improvements in almost every aspect of our workplaces.  Thanks to these workers and their unions, the decades that followed saw the creation of the American middle class.

Sadly, for an ever increasing number of American workers, the poor conditions mentioned above are common again.  Luckily, the NLRA is still the law of the land.  You still have the right to form a union of your choosing.  You still have the right to organize together and bargain over wages and working conditions.  The International Union of Operating Engineers, Local 564 is committed to assisting you in exercising these rights.

Your Right to a Union

35 Things your Employer May Not Do!

These are just a few of the "35 Things Your Employer May Not Do". 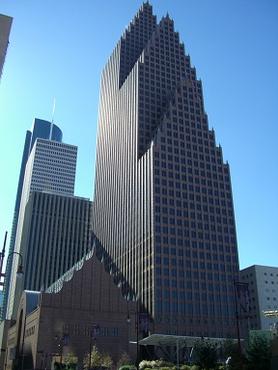 Civilian contractor on a military base or in a federal building? Check out the information on our Service Contract Act (SCA)  page about your opportunity to form a union!

For more information about your right to a union visit the National Labor Relations Website.

The International Union of Operating Engineers has a long history of representing building engineers, and Local 564 is no different.  If you are a boiler operator, a maintenance technician, an HVAC tech, or any other similar building engineer, Local 564 can assist you in forming a union at your workplace.

We currently have contracts with the engineers at the Hilton Americas Hotel, the Chevron Building and two federal facilities.

If you are interested in learning more, give us a call!