Check out the video below from Fox News on 401K Plans

For More information on the Central Pension Fund, click on this flyer.

There is one last major flaw we would like to point out about 401K plans.  Your 401K plan contributions are always at risk.  It has been reported that between September 2007 and December 2008, your average 401K plan lost 47% of its value.  This translated into a combined $2.8 trillion loss to the retirement savings of millions of Americans.  Now, while those with many years left before retirement may be able to recoup some or all of their losses, those who planned on retiring soon simply lost a great deal of their retirement.

Think about that.  Say you contributed about $100,000 to your retirement plan over a  couple of decades (about the average amount in a 401K at retirement), in just 15 months of a bad stock market, almost 1/2 of it can disappear.

In a 2006 interview with Mr. Hamilton, he finished by answering these two last questions. To read the full interview, click on this link. 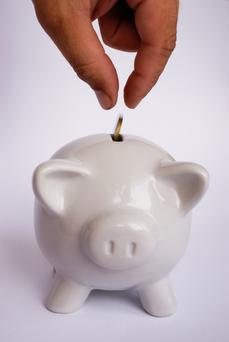 So, why are so many companies turning to 401K plans for retirement?  The answer should be no surprise:  It is much cheaper.  According to Brooks Hamilton, founder of a company that designs 401K plans for major employers, while a pension plan costs an employer 6-8% of payroll, a 401K plan costs just 1-2% of payroll.  This has translated into literally hundreds of billions of dollars in savings for companies.  Savings gained at the cost of a secure retirement for tens of millions of Americans.

Another important difference is in how the plans actually function.  A defined benefit pension plan, like the IUOE Central Pension Plan, provides for a guaranteed monthly retirement check for the duration of your life.  The amount of your monthly benefit is determined by how many years of service you have, your determined accural rate, and the amount contributed on your behalf.  The pension plan also has several options for providing benefits to your surviving spouse, should the plan participant die before his/her spouse.  Lastly, when enrolled in our IUOE pension plan, your contributions are not "matched" by your employer...they come 100% from your employer.  There is no payroll deduction necessary.

​A 401K plan is generally a defined contribution plan. In other words, you contribute a set amount from your paycheck into the account.  Depending on your employer, they may match your contributions in full, at a 50% rate, or even none at all.  When someone retires with a 401K plan as their retirement option, they have a fixed amount saved (the dollar amount of your contributions, plus or minus any amount gained or lost in the stock market).  This lump sum of money can be divided into however long the participant thinks he or she will need a monthly check.  When the money is gone, so is your retirement income.

A Tale of Two Retirement Plans

Odds are if you are not a union member, your retirement plan is a 401K.  We would like to explain some of the differences between a 401K plan and an IUOE pension plan.

​The first important difference is that while pension plans have been used for hundreds of years to provide for workers in retirement, 401K plans were not actually even designed as a primary retirement savings plan.  In fact, when the IRS created the scheme that allowed for 401K plans in 1979, the initial purpose was simply to serve as a tax break on deferred income.